Located at the southern tip of the Great Barrier Reef, Lady Elliot Island is a divers’ paradise, with a great range of dive sites! Dive sites, each with their own descent line, can be divided into the east and west side of the Island.  Please refer to the Dive Map below for locations.

All dive sites are accessed via a short boat ride, the furthest site is a mere 10 minutes by boat, we don’t offer shore dives. Visibility regularly exceeds 20 metres, and at times can be as much as 40 metres, with water temperatures ranging between 18 and 28 degrees Centigrade. Dives are scheduled in the early morning and afternoon. Our experienced dive staff will take you to the best dive locations based on weather and tides.

The east side is a ledge with a depth range of 10-25m and three dive sites including the famous Blowhole, an L-shaped cave with an opening at I4m that drops down and out the side of the ledge at around 22m. Drifting south along the wall will bring you to Tubes and finally Hiros Cave, where you might be lucky enough to find a manta ray or silvertip shark circling a cleaning station at I6m.The entire ledge is covered in life, including huge gorgonian fans, angelfish, jacks, clownfish­ filled anemones, turtles and schools of a variety of fish. A relaxed diver can reach all three sites in one dive without rushing.

The west side consists of many scattered bommies and a wreck over a sandy bottom with a depth range of 5-21m. At the northern end is Spiders Ledge, a wall home to moray eels, lionfish, huge schools of fusiliers patrolled by trevally and large coral trout, and lots of subjects for the macro photographer like nudibranchs, and mantis shrimp.

At Maori Wrasse Bommie you’ll find turtles sleeping in nooks and crannies, trumpetfish, malabar grouper and moorish idols. A couple of resident white-tip reef sharks are usually resting on the sand around the bommie too.

Coral Gardens is a virtual aquarium with schools of big-eye trevally, fusiliers, garfish, surgeon fish, unicorn fish, coral trout, blue-green chromis, all in under 8m of water! Small brass­ striped barracuda will school around divers for some amazing photos.

Anchor Bommie sits at I9m and is a great spot to find manta rays cleaning.  A huge admiralty anchor sits beside the bommie and is covered in soft corals. A colony of anemone shrimp occupies the west side, as do some Durban Hinge- beaked Shrimp. A variety of colourful anthias have also moved in.

Three Pyramids at I8m hides some great macro creatures. A couple of resident leaf-scorpion fish come up great under a strobe. Cleaner shrimp, glass fish, pipefish and anthias to name a few. Barracuda lurk in small groups on the sand out from this site. The largest of the three bommies is also a stop-off for manta rays in need of a clean.

At 21m and sunk in 1999, the wreck of the Severance has grown some lovely hard and soft corals, and has become home to sweetlips, trevally, morays, pipefish, blennies, and moon wrasse. Both manta and sting rays have been known to show up for a clean. If there are Queensland grouper or shovel-nosed sharks around, they’ll usually make an appearance here too.

Second Reef is a great dive for those who want to stay shallow. At 5-I 2m you will find gardens of branching corals, anemones, green, loggerhead and hawksbill turtles, coral trout, schools of yellowfin goatfish, little blue-spotted lagoon rays, clouds of blue-green chromis and fusiliers feeding, and giant trevally looking fortheir next meal.

The Scattered Bommies are a group of small coral formations between the Severance and Lighthouse Bommies. At a depth of 14-I9m you’ll find manta rays, lionfish, queensland grouper leopard sharks, shovel-nosed sharks, many varieties of stingray, and a treasure-trove of odds and ends.

Finally, the Lighthouse Bommies. At 14m this is an absolute must-dive. A virtual truck-stop for manta rays, divers will be treated to an amazing show of acrobatics as these graceful creatures glide and swoop over their heads, and back over their favourite bommie for some more cleaning by the various cleaner wrasse. Whole dives can be spent around this one site, watching these curious creatures watching us! Garden eels pop their heads out of the sand while cowtail rays and shovel­ nosed sharks try to hide under it! Trevally will dart in and out of the schools of glassfish that cover the bommies, and green turtles will rest in beds of soft coral. 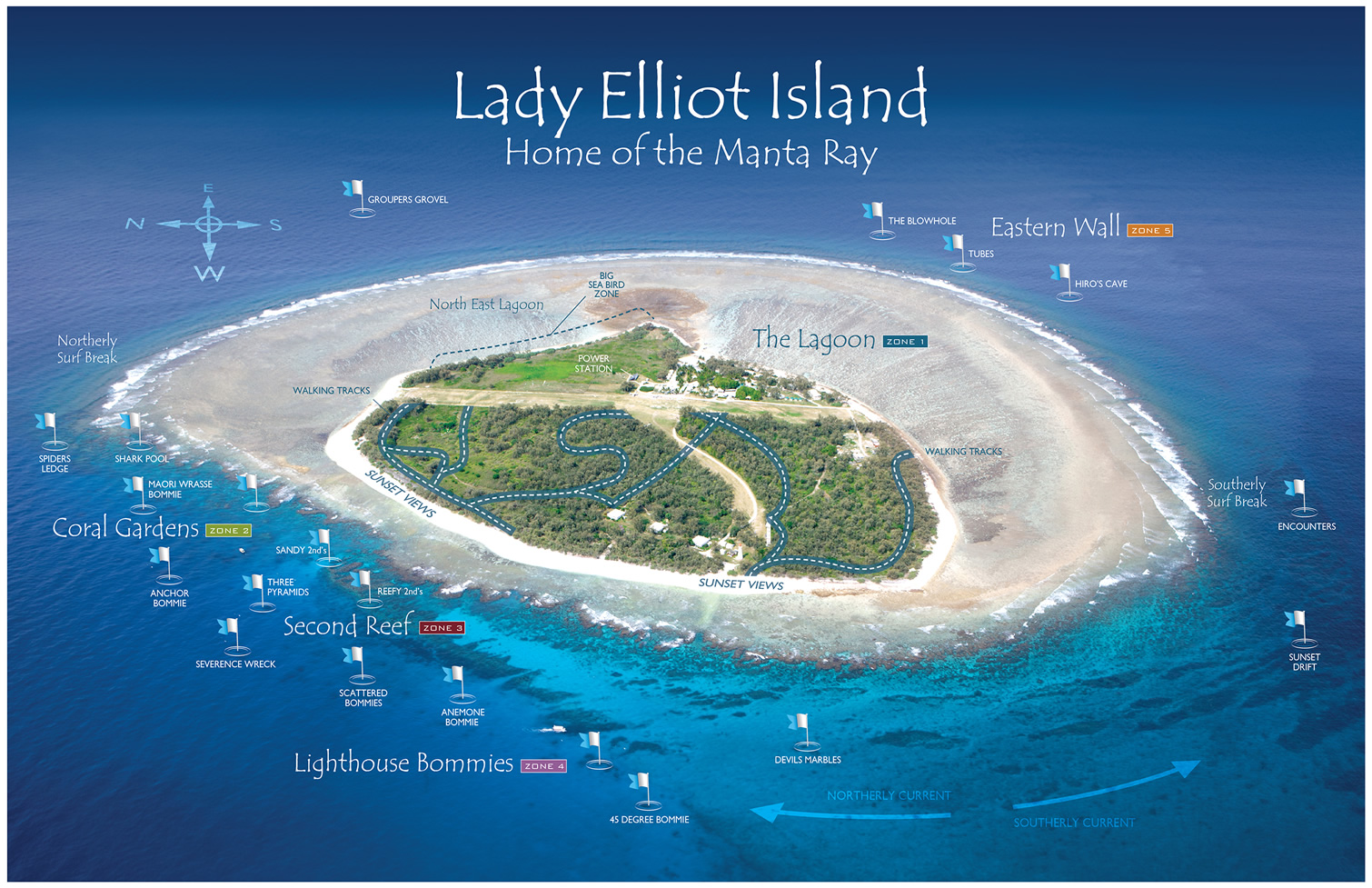 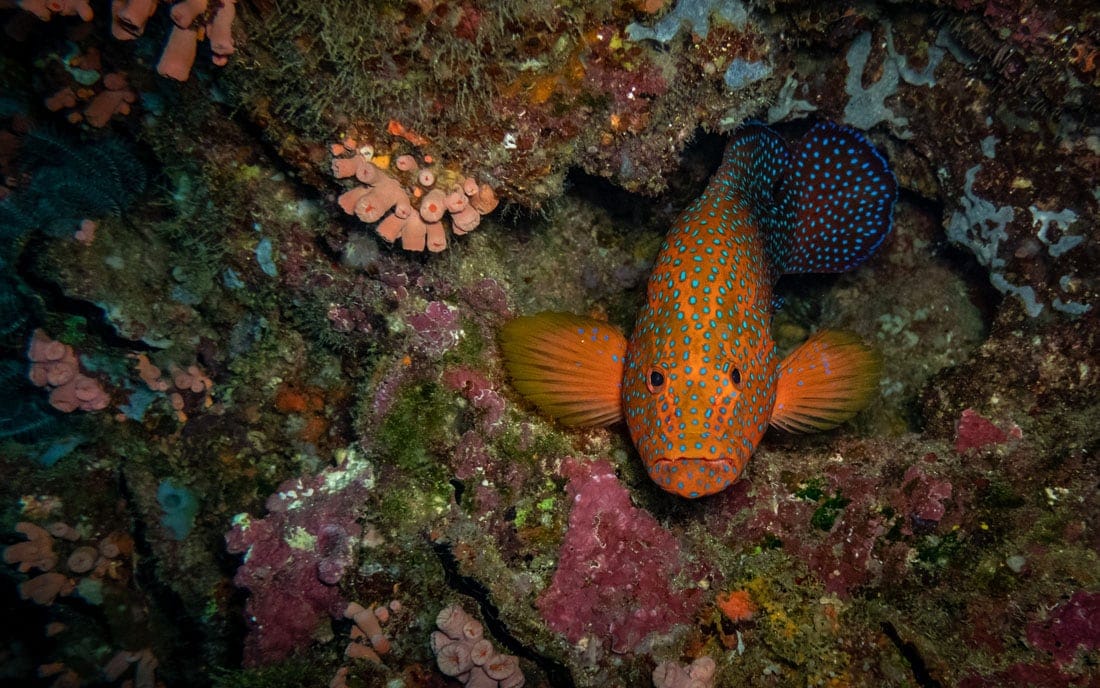 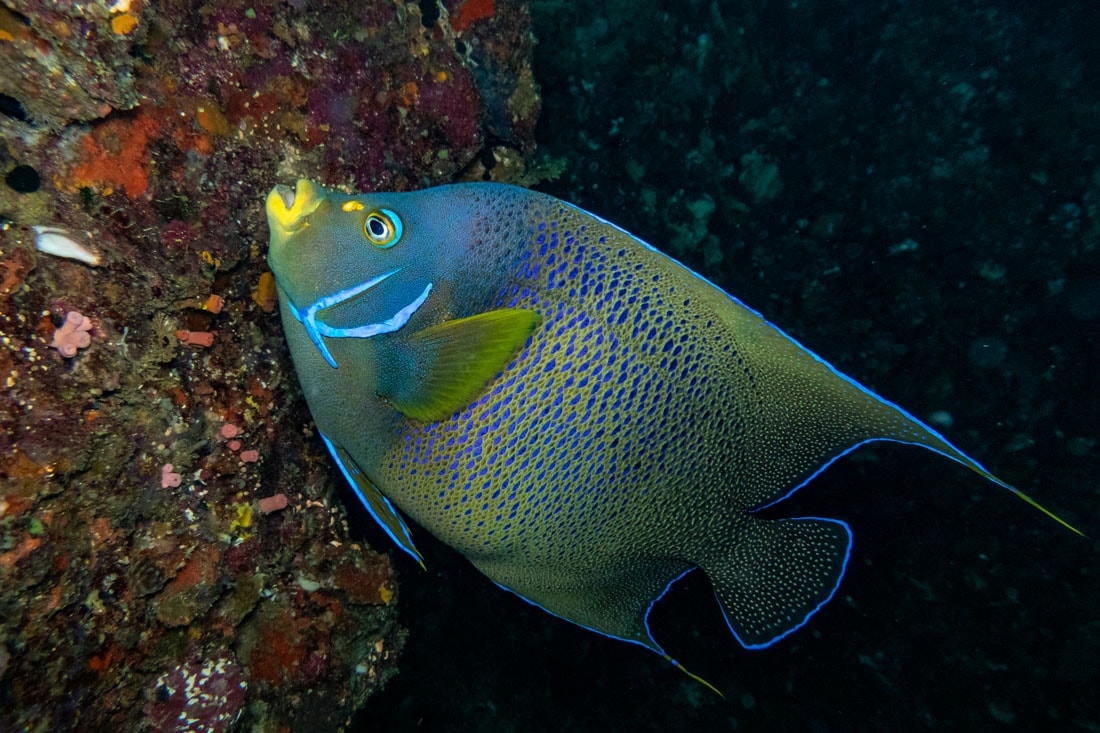 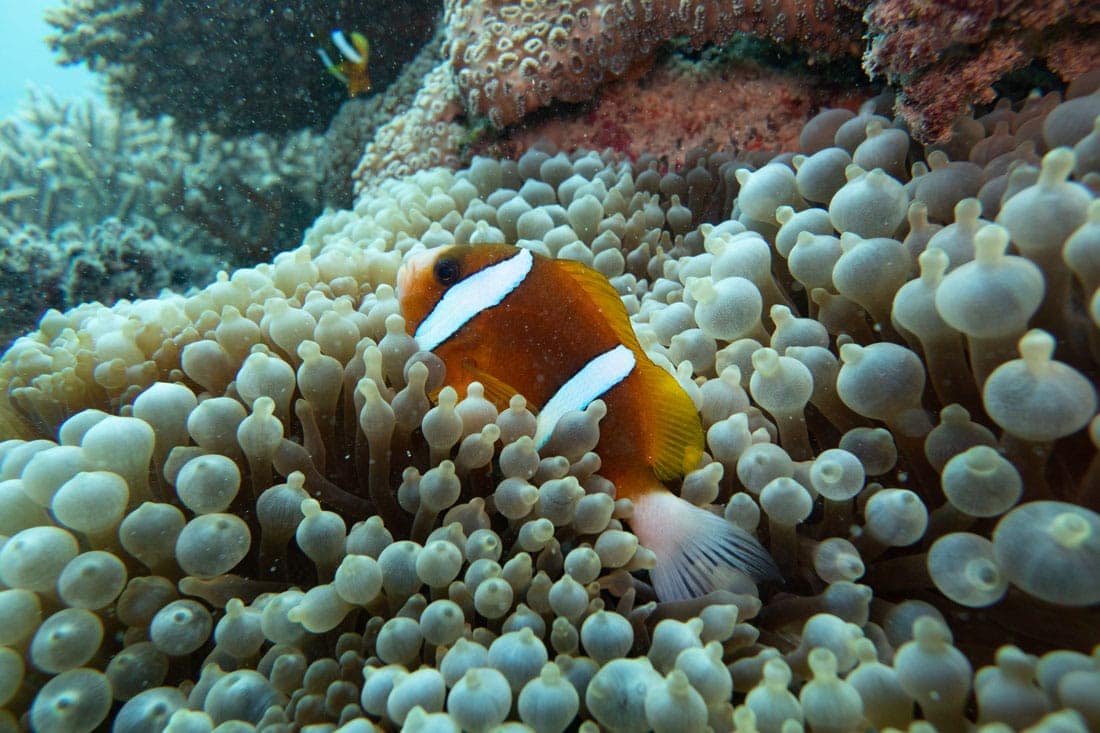 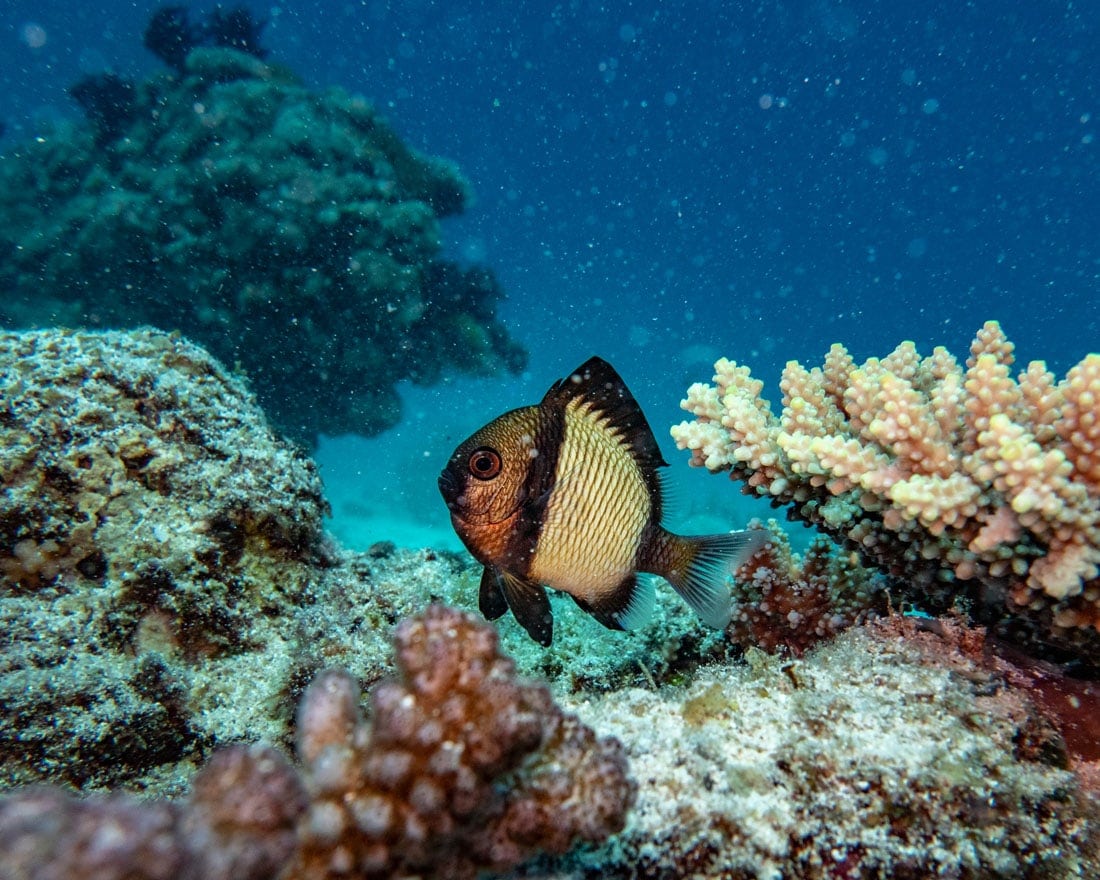