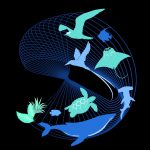 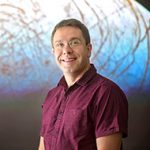 Jonti is a passionate and enthusiastic science communicator. He gives regular talks to a wide variety of community groups, schools, and astronomical societies, and makes monthly appearances on ABC Queensland’s Evenings program, with Trevor Jackson. His research covers topics ranging from the formation and evolution of our Solar system to the search for planets around other stars. He is particularly interested in understanding the different factors that could make some of those planets more (or less) suitable for the development of life, and is looking forward to seeing the next generation of astronomical telescopes make a serious effort at answering the question “Are We Alone?”.

Jonti writes regular articles for the Australian research news website The Conversation, which can be found at: https://theconversation.com/profiles/jonti-horner-3355/articles . His Twitter handle is @JontiHorner, and his personal webpage is located at http://jontihorner.com 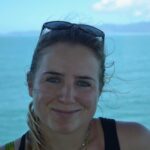 Dr. Greta Dalle Luche, PhD is a biochemist with 7 year experience working with humpback whales. Her projects have spanned from marine food-chain pollution, humpback whale physiology, and distribution. Her favourite topics are whale endocrinology, including stress response and reproduction. She obtained her PhD in 2019 from Griffith University with a thesis entitled “Validation and use of a HPLC-MS/MS method for the analysis of multiple steroid hormones in humpback whale blubber” or, as the media referred to it “a new pregnancy test for whales” and presented her original research at several international conferences (including in Switzerland, Belgium, and New Zealand). Greta currently researches micro algae as a sustainable vector for the production of food grade ingredients and loves to listen to whale songs while cruising the bottom of the reef in her free time. Greta’s love for the reef also led her to co-found KoalaSun, a reef-safe surf zinc.