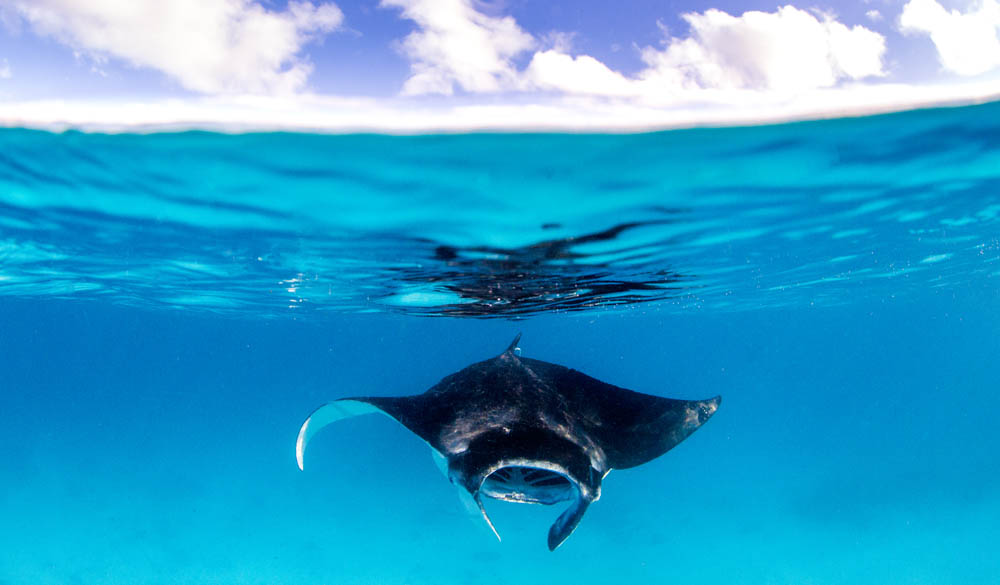 Winter is an incredible time of year to take a trip out to Lady Elliot Island if you’re a fan of the majestic manta ray. In fact, Lady Elliot is such a popular destination for these charismatic Chondrichthyans that it has been dubbed the “Home of the Manta Ray” with visitation numbers so high, that Lady Elliot accounts for roughly 70% of the sightings on the East coast of Australia!

These gentle giants are large pelagic rays with impressive wingspans reaching up to 5m. They do not possess a stinging barb, nor any sharp teeth, and so are considered harmless to humans and may be startled by fast movements in the water. Despite the size of these huge marine fish, there is still relatively little known about them, with the discovery of two distinct species only coming in 2009 and another significant discovery on the way.

Dr Kathy Townsend is an internationally renowned marine scientist and heads the Project Manta research group on Lady Elliot Island. Kathy commented; “In 10 years we’ve gone from having little scientific knowledge about Australia’s manta rays to being made aware of a second species, gathering extensive insights into their ecology and biology, and building a national database of over 2000 individuals”.

Included in this database is “Taurus”, a melanistic manta ray that was first photographed back in 1982 and is still frequently sighted around Lady Elliot chasing after females and showing off his unique spot pattern. The photograph that was submitted from 1982 has proved invaluable to the team and the search continues for other historic images that may exist and aid researchers to define a life expectancy for these animals. 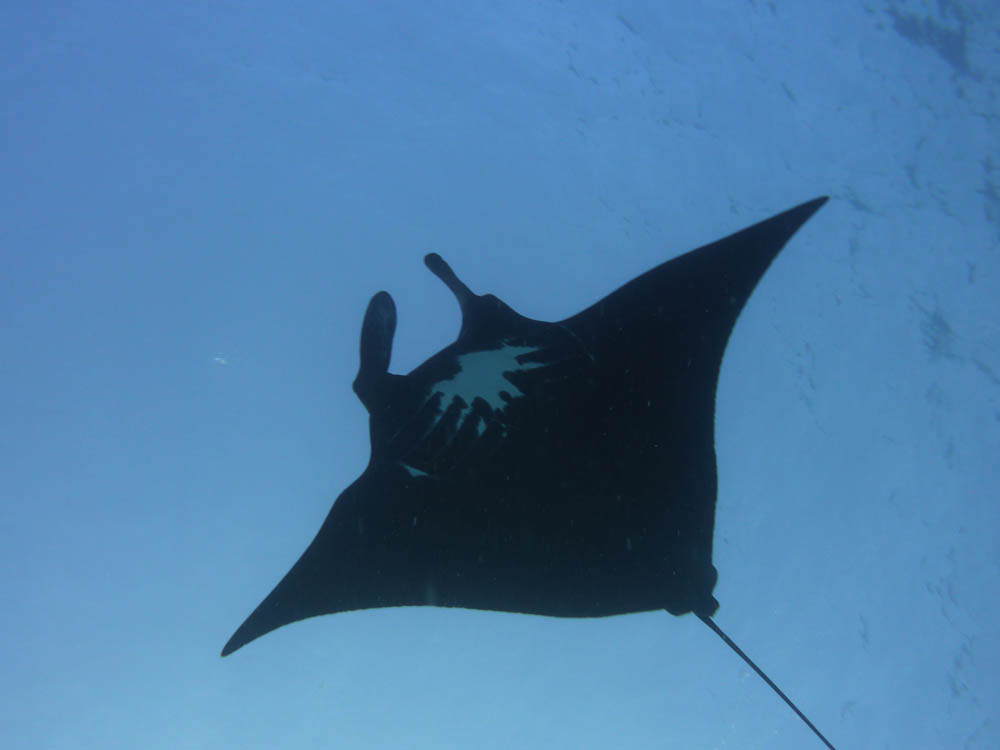 How should I interact with a Manta Ray?

Firstly, you need to identify what behaviour the animal is undertaking and where it is in the water column. Manta rays can be sighted anywhere in the water column, if they are “cleaning” on the coral bommies then you are generally best on the surface and observing their behaviour from above.

If they are feeding or courting on the surface, then it is important to remain as still as possible if the animal approaches you. This also makes for the best experience as the animal is calm and relaxed and will often come in very close before turning away at the last minute. It is advised not to splash around in the water or swim towards a manta ray as it may startle the animal.

If you are diving, you will be given a brief on the way down to the water. Generally, it is advised that divers kneel on the sand and remain still if there are manta rays “cleaning”. 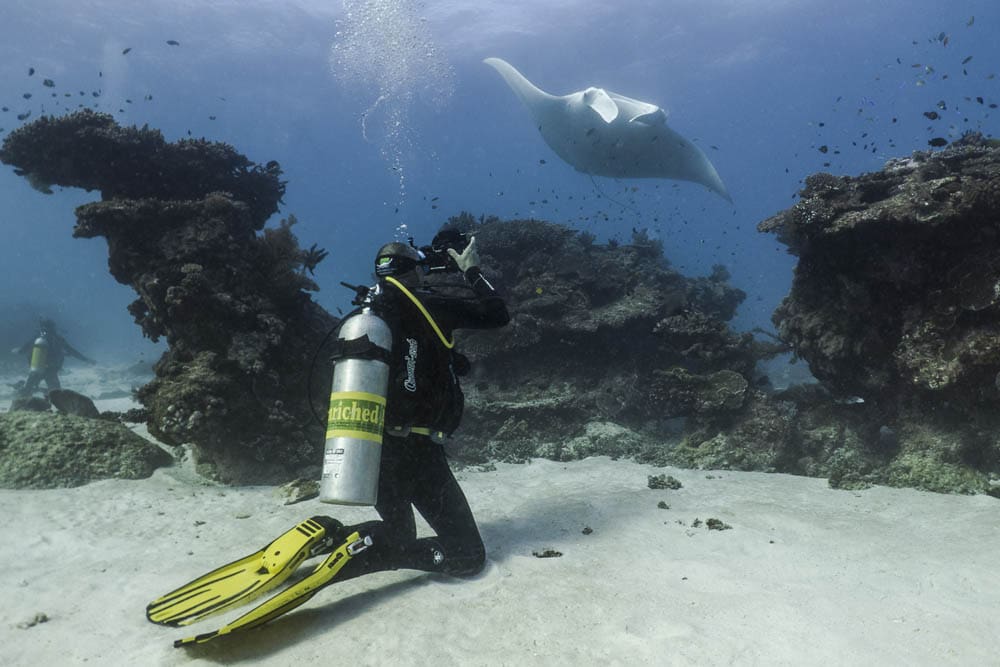 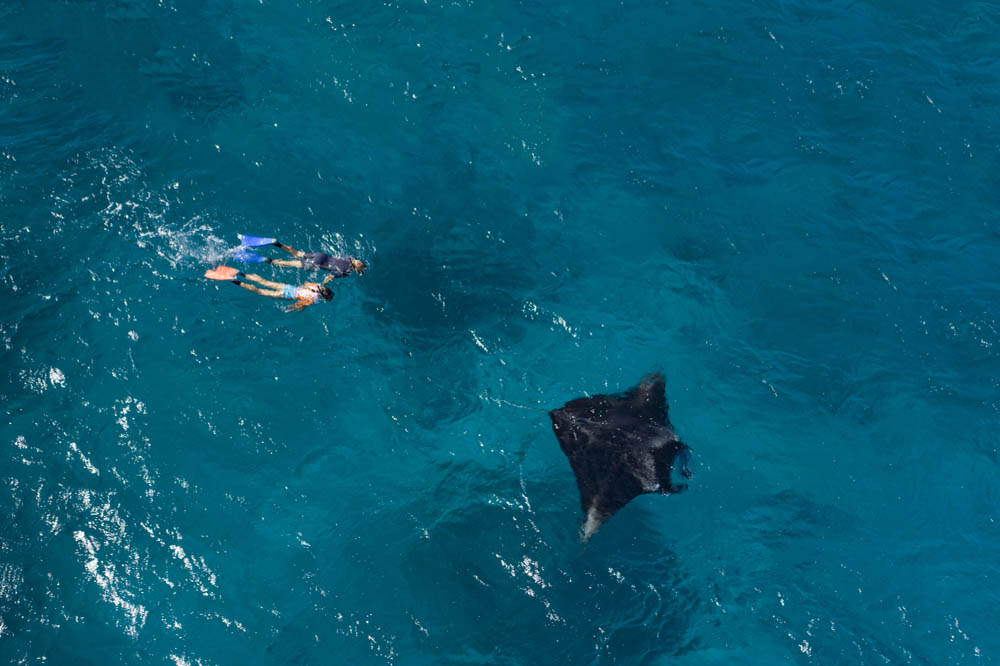 How do you identify individuals and why is it important?

Each manta ray has a unique spot pattern on the underside of its body which is comparable to a human fingerprint. Accurately differentiating between individuals is important as it allows scientists to track the lifespan of these animals and also develop an accurate population estimate which can be used for conservation purposes. 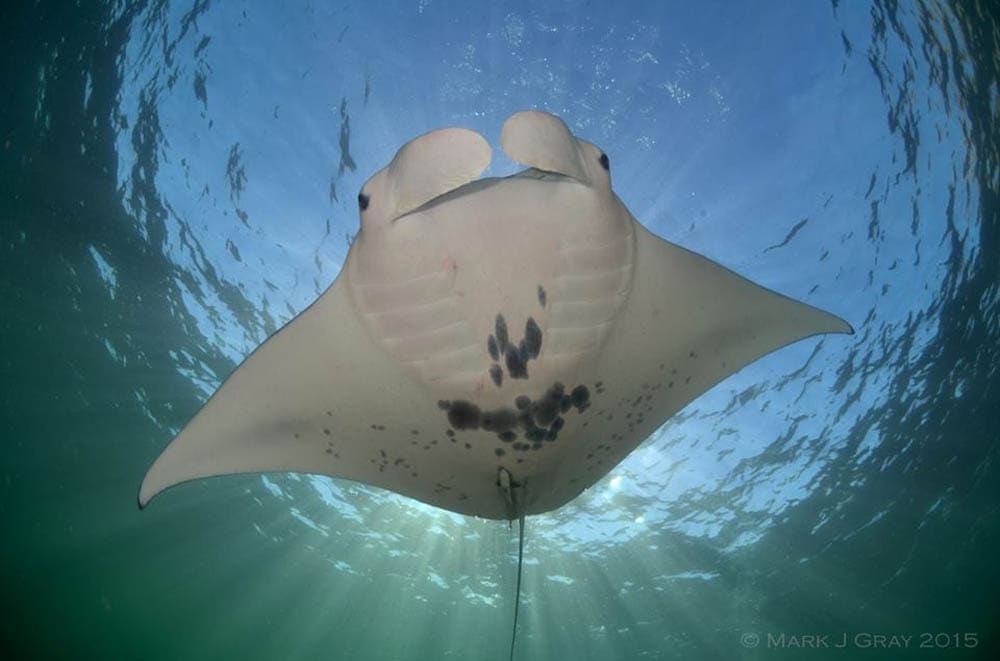 Project Manta is a multidisciplinary research program based at the University of Sunshine Coast. It was founded in 2007 to investigate the population biology and ecology of manta rays in Eastern Australia. The team recently returned from a trip to Lady Elliot, during which time they achieved the following outcomes:

The implementation of Satellite GPS tags will help investigate the broad-scale movements of these rays, and their affinity to oceanographic features offshore. The use of acoustic tags aids in understanding their broad-scale movements and habitat use throughout the Great Barrier Reef and beyond. The team have just released the findings from two of these Satellite GPS tags on their Facebook page and it is very interesting to see how much the two individuals named “Jeanne” and “Alba” have been moving!

How can I help?

The Project Manta team undertakes several field trips to Lady Elliot each year to collect data, but they need help from citizen scientists like you! You can help by submitting any belly shots, along with the date and location of the sighting to the group via email on [email protected].

Your shot should aim to include most of the underside of the ray and the base of the tail so the researchers can identify its gender. Best of luck spotting these graceful creatures! 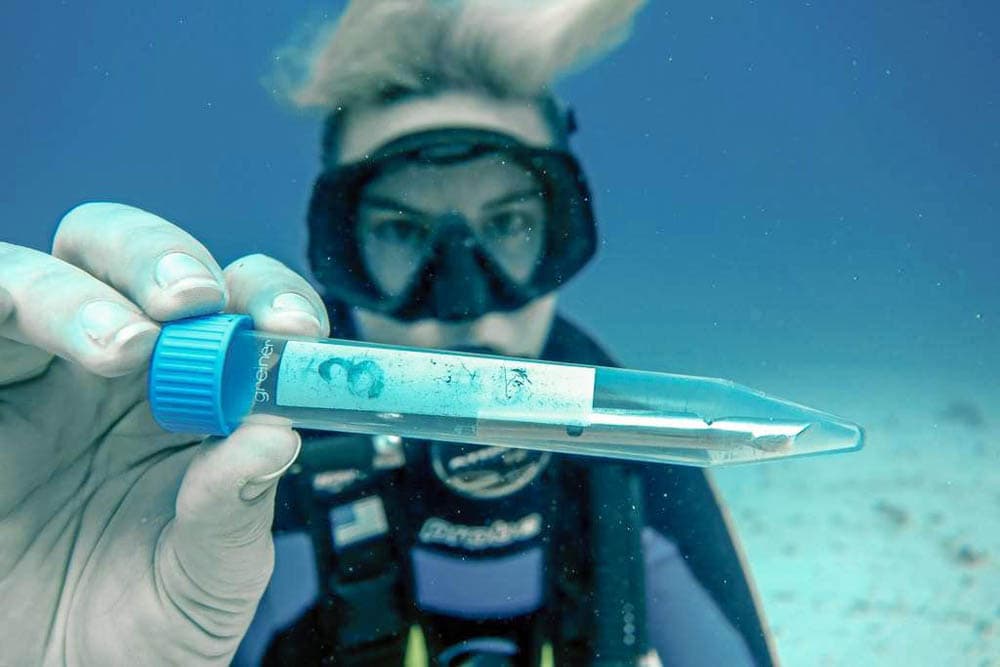