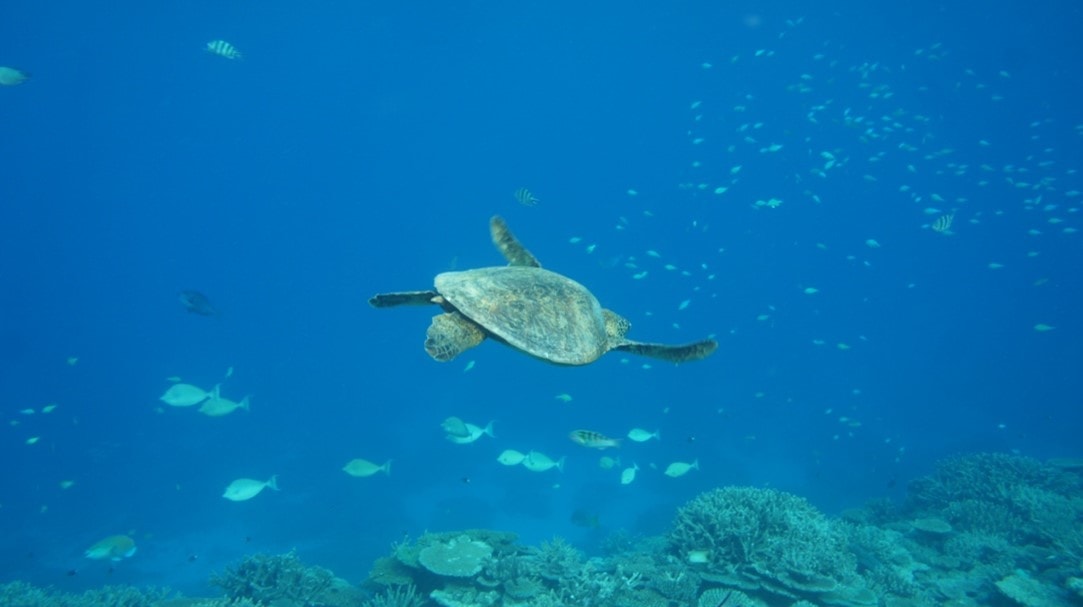 Lady Elliot Island boasts a plethora of wildlife at all times of the year, so it depends on what you are hoping to see during your visit to the island. Listed below are a handful of our favourite marine creatures along with the best time to see them!

If you are wishing to see nesting turtles, the best time of year to visit us is between the start of November until around late February or early March. The peak period for nesting is December/ January with the island team counting roughly between 20-30 tracks per night with a very high chance of interactions. The best time of day to look for nesting turtles is at night during high tide. 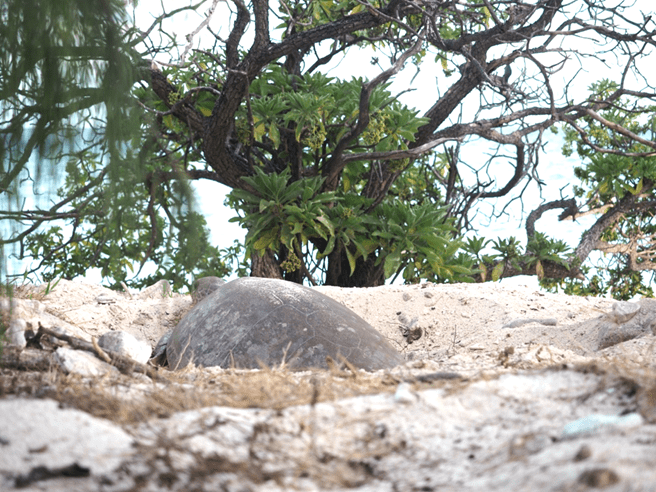 Seabirds inhabit the island year-round, but the nesting season generally begins in September. The birds will spend several weeks constructing their nests before laying an egg (seabirds will generally only lay one egg) and after another few weeks, we will see babies! The babies soon grow into juveniles and will stay with the parents for roughly two months before fledging. By the end of April, most of our seabirds will have left but a small population of White Capped noddies will inhabit the island throughout the year. Peak seabird season is roughly December until November for a mix of adults, juveniles and chicks. 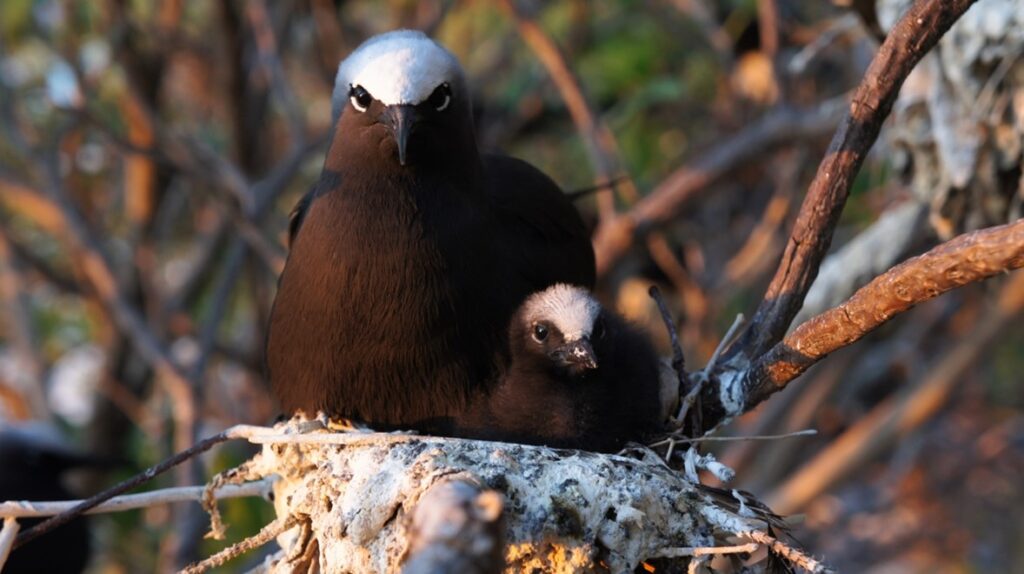 Witnessing baby turtles make their journey from nest to water is a very special experience and something everyone should have on their bucket list. Our first nest for 2021/2022 is due to hatch around the 30th of December 2021 with peak hatchlings from mid-January through February. Hatchlings are most likely to make their dash to the ocean at night when it is cooler, but this does not depend on tides. Peak time of the day is roughly sunset until 9:30pm. 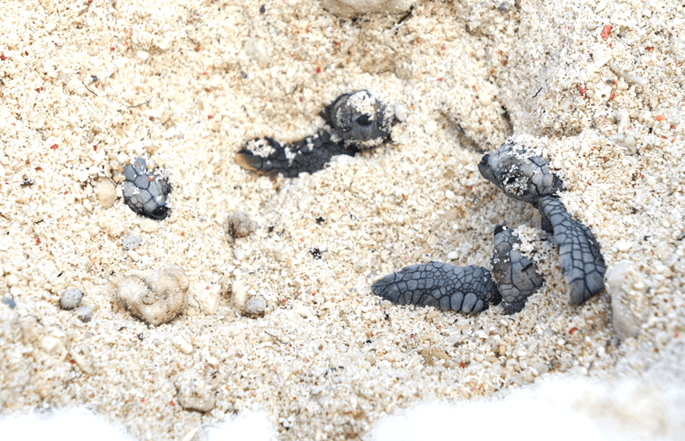 As the title suggests, we are fortunate enough to have turtles living around the island for the whole year! Our resident turtles include juveniles, sub adults and some adults (you may have heard of our resident Loggerhead in the Lighthouse Quay way called Elvis). Turtle sightings in the lagoon are almost guaranteed, with the best time to visit these friendly reptiles at high tide in the early morning or late afternoon. 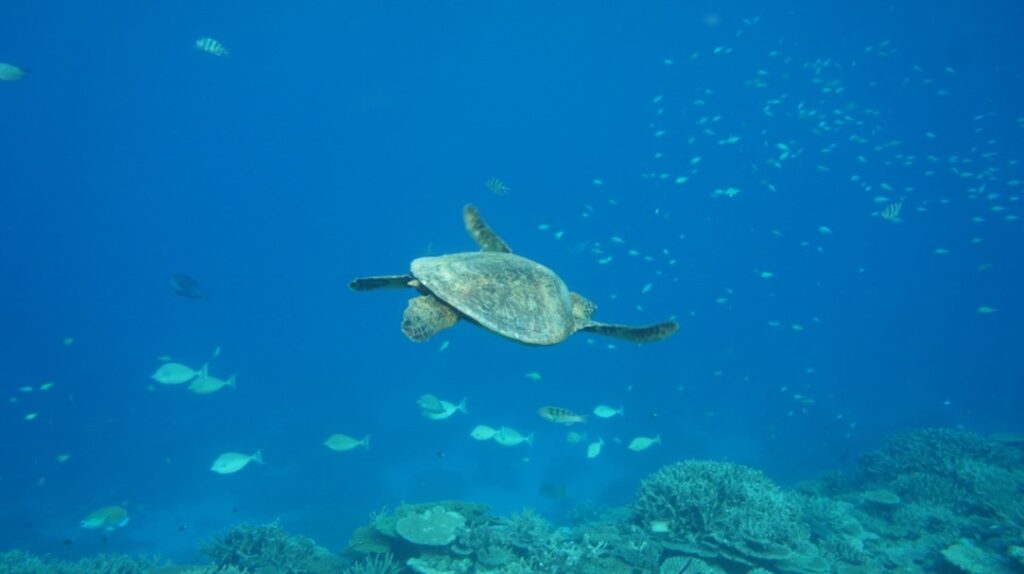 Humpback Whale migration starts in June and extends until late October. You have a great chance of spotting one or more from the plane on your flight over to the island, as well as from the restaurant or sunset bar. These charismatic marine mammals come surprisingly close to the island itself, with some passing roughly 100m from shore! We have even spotted some in around 8m of water! 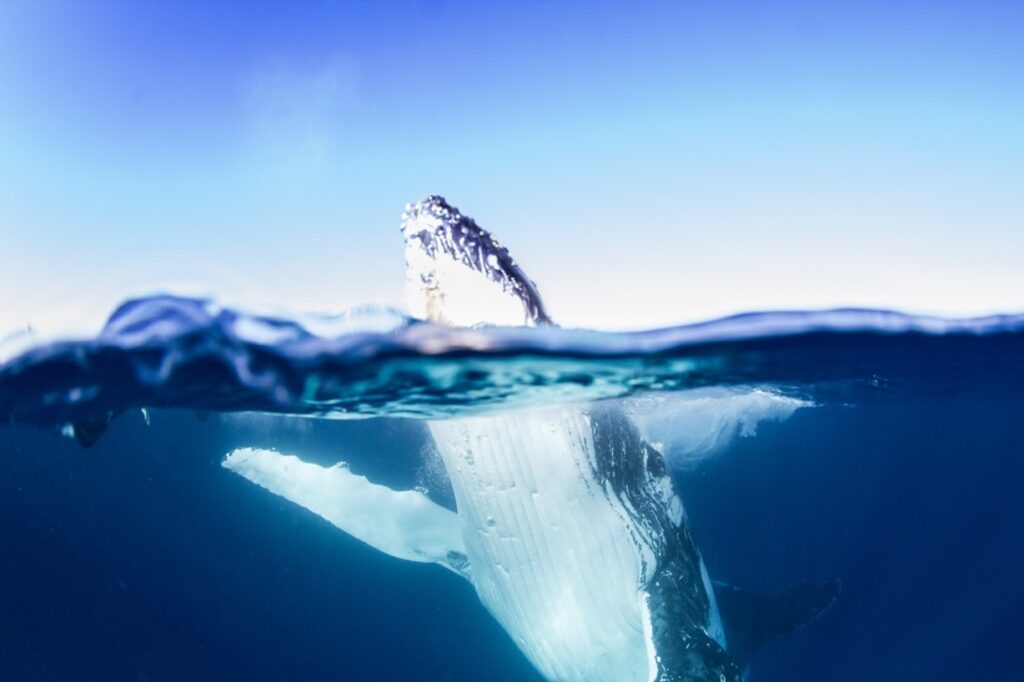 Our small colony of Red-tailed Tropicbirds can be seen on the island through most of the year, except for Feb – April when they are out exploring the open ocean. These birds’ nest in front of our beach-front units and some of the reef units with nest locations changing year to year.

The largest mass spawning event on earth! Coral spawning occurs during October/ November/December with dates slightly differing each year. This year (2021) we saw some of our brain corals spawning in the lagoon on October 25th. The Acropora coral and others started their larger spawning event three nights after the full moon in November and lasted roughly 3-4 nights. 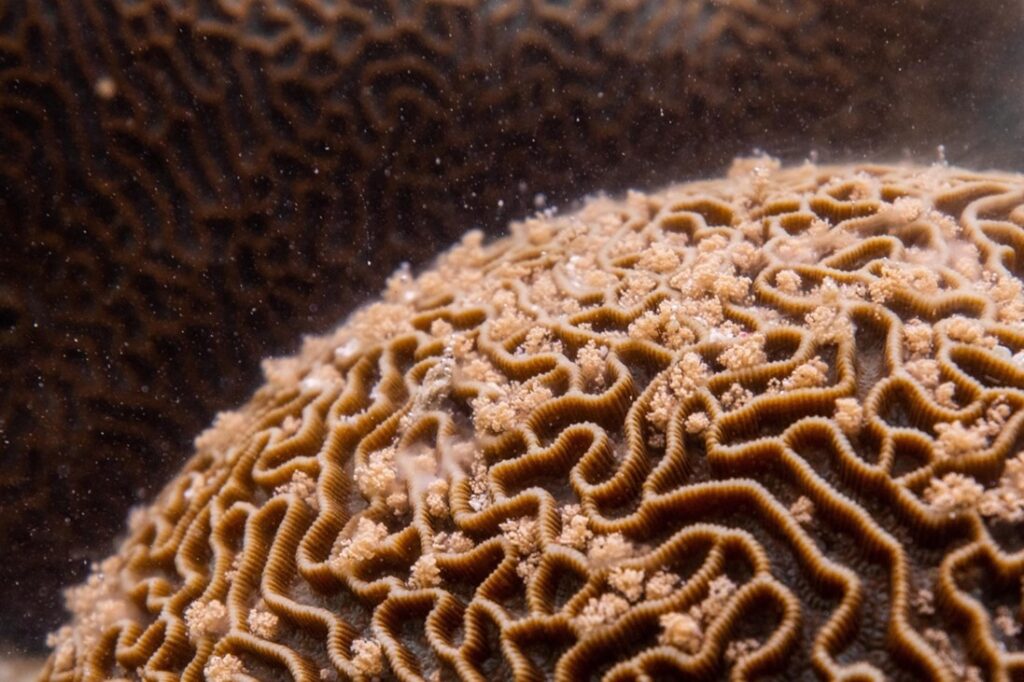 Lady Elliot is known as the “Home of the Manta Ray” for good reason, we see these gentle giants year-round. The best time of year to spot one is during winter, roughly from June until September. This year, we saw a huge number of individuals with at least 40 + in one day! It is thought they visit the island for a variety of reasons but largely due to the “cleaning stations” which you will learn more about in our “Home of the Manta Ray” blog. 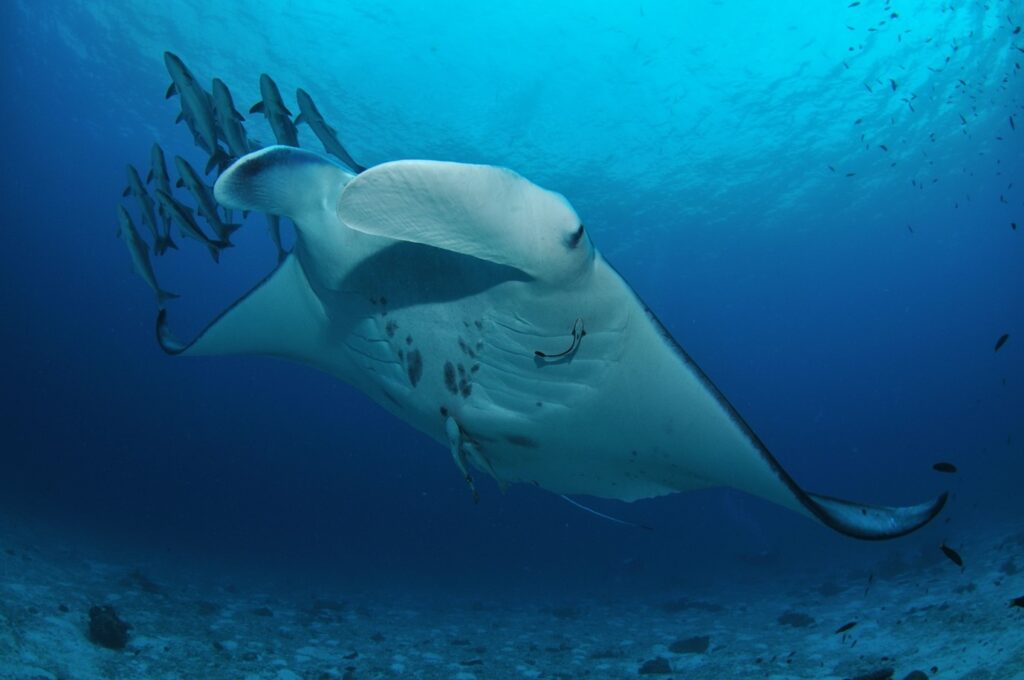 These are only a handful of the animals inhabiting the waters of Lady Elliot Island, not to mention the sharks, rays, invertebrates, and other bird species we frequently sight.